Diaclone Change Attackers, or "Change Attacars", have become pretty well known in the last few years, much moreso than before in my opinion. Originally released for the Japanese Diaclone line as pull-back flip-changers with a vehicle mode and attack mode only, they were then licensed to Ceji Joustra in Europe in 1984 for the "Diaclone" line there, and when Ceji Joustra sold up their rights to Takara moulds to Hasbro Bradley in 1985, those toys were taken off them by GiG in Italy for the "Trasformer" line where they were re-branded "Destroy Car". There were even Arabic carded versions of these toys released in the Middle East. We take a look at probably the most common mould, the Oneboxcar Vanette or Van, the same vehicle that was used as the base for Diaclone/TF Ironhide. 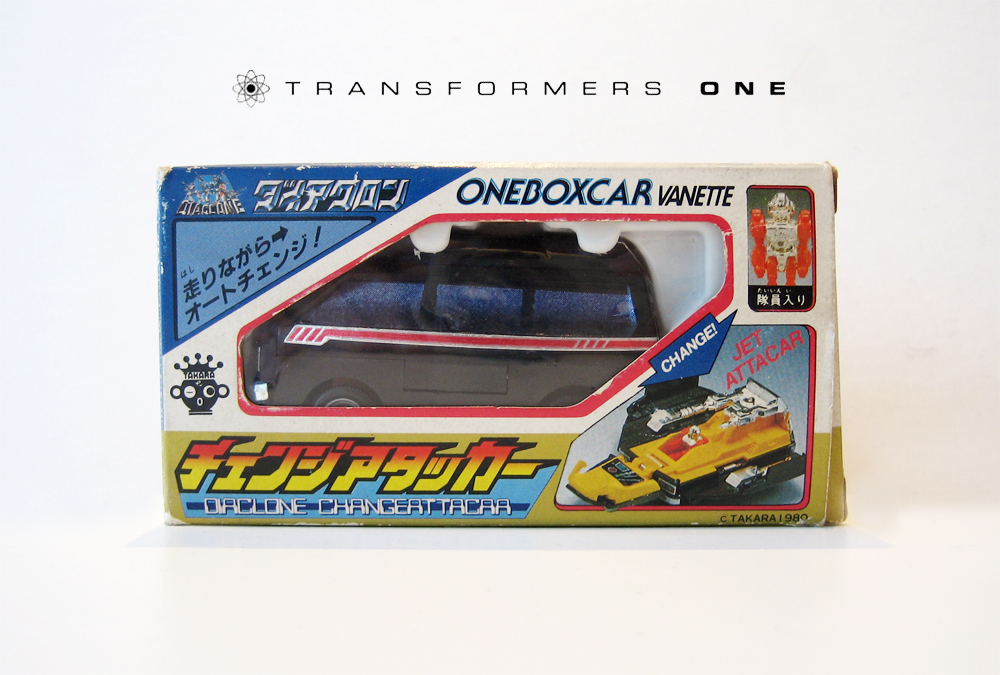 All the best
Maz
In-depth articles and reviews www.TF-1.com

cool stuff! thanks for sharing!